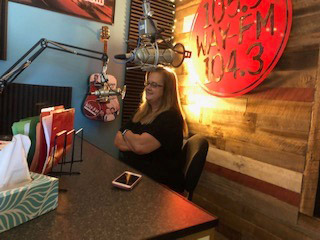 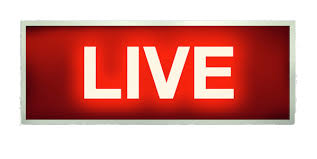 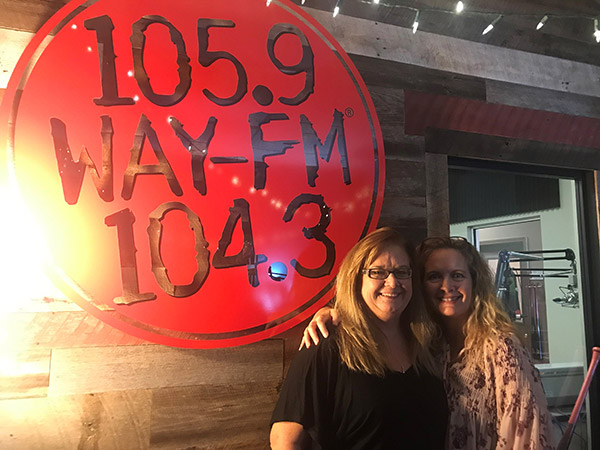 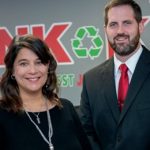 One man’s junk is another man’s empire, and for Junk King CEO Jack Brendamour, that’s exactly the case.

Brendamour and Judy McCreary, co-owners of Junk King of Cincinnati and Dayton, Ohio, recently opened a location of the “green” junk removal company in Louisville at 4400 Bishop Lane, and in 60 days, Brendamour said he looks to open a Northern Kentucky location as well. A bit further out, he said he will eventually branch into Lexington, Kentucky, too.

Junk King is a national franchise with over 100 locations in 32 states, according to its website.

What makes the company “green” he said, is that Junk King looks to recycle or donate up to 100% of the junk it collects from its residential and commercial clients. The company then works with local nonprofits to donate the items collected from junk hauls, including old refrigerators, mattresses, TV sets and more.

Through the last six years with the company, Brendamour said he’s parsed through a lot of junk, finding wads of cash, multiple life-sized Geoffrey The Giraffes from closing a few Toys “R” Us locations and even an old map dating back to the Civil War.

“A while back (we had a customer whose) parent got dementia and went to a home and he had collected coins his whole life,” Brendamour said in an interview. “We found this $80,000-$90,000 coin collection (in his home). Once it comes on our truck, it’s ours. But, we tracked down the family and said, ‘Hey, we know you didn’t mean to give us this,’ and we gave it back. That just goes to show how our employees are as people.”

Though the company has just established itself in Louisville, Brendamour said Junk King has already started a relationship with SPARC Hope, a local nonprofit working to support single parents.

In Cincinnati, the company works with nonprofits like Habitat for Humanity, St. Vincent de Paul and New Life Furniture Bank, among others, and Brendamour said he wants to build the same thing here in Louisville.

“Junk King is such a neat company because we are able to provide for so many nonprofits with items we’re paid to pick up from yards, homes and businesses,” Brendamour said. “What I’ve created in Cincinnati and Dayton, is a recycling center that sends truckloads to nonprofits every single week. So, I know it will work in Louisville, I know it’s a very similar city with good people who want to support their next-door neighbors.”

Brendamour said it was a six-figure investment launching the Louisville location of the company, and once he develops the market here, he said he could employ 100 to 150 people. The Cincinnati, Ohio-based arm of the company currently employs around 65 people.

Despite the pandemic hurting the commercial side of the business, Brendamour said Junk King has gained that loss in business back through an uptick in residential jobs as many people are staying at home more due to Covid-19.

“You have no excuse to not get the to-do list done anymore, the projects around the house, the decluttering — we like to say it’s ‘reclaiming your space responsibly,’” Brendamour said of business demand through the pandemic. “So, I’d say we’ve gained as much as we lost.”

He said Junk King had the typical Covid-19 precautions in place with masks, gloves, temperature checks and no contact services as well which can be arranged via phone or online.

In terms of the company’s service radius, Brendamour said the Junk King team has a set of zip codes it regularly services, but can accommodate zip codes outside of that with a phone call. He said the initial consultation for services is always free.

“We want to gain every possible customer out there,” he said. “We are on time, professionally uniformed and we do what’s right. We will quickly become known as a great local brand in the city.”

On June 30th, 2020, ADT Security Louisville presented SPARC Hope with a generous donation. Despite a little bit of rain, we had a great turn out! We invited WAVE-3 and WLKY to our event, were able to make even more people aware of SPARC Hope. We have already received a few calls from people telling us they had no idea we were here and that they heard us on the news! We are so excited to see how many more single parents in our community we can help.

Thank you to everyone who came out to support SPARC Hope and we are excited! 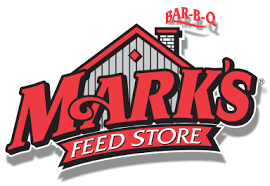 On April 14, 2020 SPARC Hope had their first virtual tour since all of the COVID-19 pandemic. For the first 10 people who stayed through the full duration of the Facebook live, Heart (❤️) the video (instead of like), then shared our video, received a $10 lunch certificate for Marks Feed Store! Once the video was over, we sent the winners a message informaing them that they had won!

A huge Thank you to Chris from Mark’s Feed Store on Shelbyville Rd, in Middletown for sponsoring our monthly tour lunches!

Please follow the link below to watch and learn about what we do here at SPARC Hope.

Welcome to our very first virtual tour! TODAY, for the first 10 people who stay through the full duration of the Facebook live, Heart (❤️) the video (instead of like), then share our video, will receive a $10 lunch certificate for Marks Feed Store! Once the video is over, we will send the winners a message and then we will mail your certificates!A huge Thank you to Chris from Mark's Feed Store on Shelbyville Rd, in Middletown for sponsoring our monthly tour lunches! https://www.sparc-hope.org/tours-your-journey-begins-here/

Food Pantry Tour
If you can’t make it to the Center for a tour, enjoy this video tour of our food pantry!

SULLIVAN UNIVERSITY – Christmas 2016
So thrilled to work with Sullivan University. Christmas 2016, they collected 215 Kroger Gift cards for our moms! Enjoy the video!

NORMAN JEAN SINGLETARY AWARD – December 2016
We were excited to give out the 3rd Norma Jean Singletary Car Award on December 22, 2016 to Erin. Ron Singletary purchases an affordable used car, fixes it up, and then gives it to a single parent in our Life Plan Program. Ron’s mother was a single parent and he remembers how someone had given her a car to get back and forth to work. After his mother passed away, he thought this would be a great way to honor his mom! Celebrate with us as you watch the video. If you want to assist Ron in his efforts, give us a call at our office at 245-9899.

SPARC – Second Video 2016
Thanks again to VideoBred for working with us to update our video when we expanded SPARC!

SPARC – Original Video 2014
So thrilled to have our first video for SPARC. Thanks to VideoBred for working with us to be able to tell the story of SPARC!